Archive for the tag “The anti-White SPLC “reports” on Bob Whitaker and the White Rabbit.”

The anti-White SPLC “reports” on Bob Whitaker and the White Rabbit. 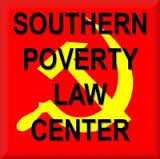 The genocidal hate group known as the Southern Poverty Law Center finally came out with a report on White Rabbit radio and Bob’s Underground Graduate Seminar after years of preying to their Talmudic god Satan that they (FTWR and BUGS) would just go away. As one would expect,the report is full of errors and blatant attempts at creating negative narratives about those who traffic in the message against White genocide. Besides getting the White Rabbit’s age and former occupation wrong, they also reported that he lived in his parents basement. This author at first rejoiced at reading this but then was disappointed when the White Rabbit set the record straight on his July 3rd episode of Endgame Exotica (he does not live in his parents basement). Had this been true it would have corresponded with the old prophesy, where it is written:

A man will rise from deep within the cellar of his birth giver’s abode that will spark the flame in which White humans will overcome the forces of anti-White darkness. (author unknown)

For a moment, I thought the White Rabbit was the One in the prophesy, but it appears that the “cellar dweller” is yet to appear? The truth of the matter is that the White Rabbit’s mother has a terminal illness and he moved back with his parents to help with her care. If he had been an anti-White activist, the same organization would present him as an honorable, and selfless man who cares for his sick parents while fighting “racism.” But since he opposes White genocide,anti-Whites in the comment section of the SPLC report frame him as a “loser.”

The anti-White SPLC also attempted to analyze the characters on the White Rabbit radio website.They claimed that the “Red Hippo” was supposed to represent Jews. This falsehood must have been a covert money raising tactic to scare wealthy Jews into sending in more money? The truth of the matter is that the “Red Hippo” is a representation of the anti-White/New World Order or “Illuminati” god. The Red Hippo is Satan, or Lucifer, or Set, or perhaps Enki. He’s definitely not a representation of “the Jews.” In fact, the White Rabbit has been really the only voice in the White struggle to present the idea that the Jews aren’t the ones running the whole anti-White/NWO program. Again, the researchers at the SLPC are either incompetent, or just lying. If they’re not lying for the money, they’re probably just trying to create a simple narrative that the average anti-White can follow (anti-White activists are simple minded people who don’t think very well for themselves).

The anti-White SPLC then attacked Bob Whitaker. They brought up that he was a recovering addict and forwarded doubts on his involvement in bringing down the USSR. Of course, if Bob was a recovering addict and an anti-White activist, he would have been praised as a brave man who overcame his past demons by working to better the world as an “anti-racist” (“anti-racist” is a code word for anti-White). Because he works for the survival of Whites, he is portrayed as a very bad man whose work will and/or has cause violence against non-Whites. The SPLC brings up acts of violence that they connect to BUGS and the Mantra, while having the chutzpah to ignore the fact that the same allegations could be directed at them(1).

What really is the SPLC? It’s like this: the anti-White globalists (who are working towards global government with them at the top of the pyramid) can’t have an explicit government organization that cracks down on pro-White dissidents. So what they do is outsource the job to a tax exempt, non-government organization. This is no different than the US government outsourcing certain covert intelligence functions to private contractors or international NGOs (see “National Endowment For Democracy”). This allows them to have a capability, but at the same time deny responsibility or involvement.

The people who work for the SPLC must be some of the lowest character people in the world? They call people’s neighbors, jobs, and schools and try to disrupt their lives by getting them fired from their jobs or thrown out of school. It doesn’t matter if the people they target go out of their way to denounce violence. They’ve also tried to get children removed from their parents. I can’t help but to wonder if these people don’t ever think about the negative energy they produce around themselves? Are they that drunk with hate and power that they forget about the karma that they’re generating? In the past I speculated on the possibility of high concentrations of neanderthal genes being the cause of such behavior (2).I can’t help but to wonder again if this is not the case? These people do Satan’s work on earth and I would not want to be connected to the SPLC when Santa Claus comes back to town(3).Because Santa IS coming, in some form (4), and Santa knows that they have been VERY naughty. And this time is coming soon.