Archive for the tag “So you want to save America?”

So you want to save America? 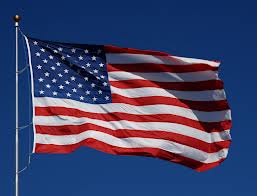 This current budget battle and possible government shutdown is just the latest reminder of why this author doesn’t think that the United States will survive past 25 years in the future. Now that this has been said, this author will do his patriotic duty and explain what course the United States should take if it does wish to survive.

At the core of all of America’s problems is the issue of White genocide (see page above titled “The anti-White system). This genocide is being carried out by forced integration and assimilation of non-Whites into every White community and institution in the United States (really in the whole West, but I’ll focus on the USA for this essay).

Because of the overt anti-White nature of the Democratic Party, Whites overwhelmingly vote for the GOP. The problem of course is that the GOP doesn’t serve the interests of Whites (except for the top 1% economically).  The average GOP voter would be better off with the economic policies (without the anti-White aspects) of the Democratic Party, but they vote for the GOP because the GOP “feels” like the party of their people. Come election time the GOP leadership engages in “country club racism” (i.e. complaining about welfare queens and such) as a signal to the base, but in reality the GOP does nothing for the average White middle/working class person.

After the 1960’s the government proved that it would not protect middle America, so middle America turned to the private sector for protection and started supporting political movements that were for “smaller government.”  The GOP voter sees the government as against their interests, so they deceive themselves into believing that libertardianism is in their interests . The idea is, if they can just make enough money they’ll be able to move to the exurbs where the visible effects of White genocide are less apparent.  The big financiers of the GOP all advocate for large numbers of immigrants, could care less about ending affirmative action (their kids are going to Ivy League schools regardless), and help fund “diversity initiatives” through the big foundations. But the GOP base supports the GOP because at least the hope exists that they can get away from forced diversity (and all its ugliness) if they can just “pull themselves up by the boot straps” like Sean Hannity claims he did.

So along comes Obamacare which in theory is not that bad of an idea. Every other highly advanced country on earth has universal healthcare, so why can’t the United States?   The problem is that the average GOP voter associates (rightly so) big government programs with more anti-Whiteness. When they hear the words “universal healthcare,” they have visions of having more diversity being forced on them.

So nothing can happen in government anymore because the GOP-base associates any kind of government activity with more attacks on their people-hood.  The only activity that the US government can do that doesn’t cause these associations is war. With war, the GOP voter can redirect their anger regarding the anti-White system on a bunch of Moo-slims who, as we’re always told by neocon, rightwing propagandists, follow a “religion of hate” (if the GOP-base wants to learn about a “religion of hate,” I recommend that they check out the book preferred by many of their Party’s leaders; aka the Talmud) (1). The fact is, these Moo-slims are no threat to the United States and the wars against them only benefit Zionist, globalist, and corporate interests.

So the question is how do we fix this problem?  The solution to the problem is simple and that’s the constitutional right of freedom of association. This isn’t the only solution to the White genocide problem, but it’s a start and will allow government to function properly again. Allowing Whites to have their own communities and institutions will alleviate the negative associations with government programs. People won’t mind paying higher taxes (for universal healthcare or a public works program) when they know they’ll be able to live in communities that reflect people like themselves and will no longer have to feel the stress of forced diversity. Since the federal government won’t be able to dump 5000 Somali refugees in a predominantly White town, the people of that town won’t mind paying a little more to the government. But what about the refugees you ask?  They’ll go to a town or city where the people of that town or city agree to take them in.  I’m sure all those liberal towns on the East and West coasts that just “looooooove diversity” will be happy to take them. I’m all for sending millions of refugees to the East side of Manhattan or Hollywood.

Freedom of association would allow Whites (everybody in fact) to have schools, businesses, communities, and other organizations that would be exclusively for them.  Much of the stress of the multicultural/multiracial state would disappear.  Homosexuals could hold parades in their underwear in San Francisco, while bible thumping, Israel First, evangelicals can teach their kids that the universe is only 6000 years old in their community schools. Both groups would support each other’s way-of-life because by doing so, they would be supporting their own way-of-life. Since the United States lost its original Northwest European founding stock identity, the people of the US would identify around the idea of “freedom.” This is the true freedom to live in the way that people want and with who they want. This is also true diversity. If you claim to support freedom and diversity then you must support this plan. Privately owned companies would be free to hire and fire and promote who they wished. States would play a major role as “laboratories of democracy” in a system that would offer more local autonomy.

Other aspects of my plan would include the following:the Bush era tax cuts would be done away with. A very large public works project would be undertaken that fixes the country’s dilapidated infrastructure.  The military budget would be cut by at least 1/3. Universal healthcare would be funded with the money saved from the military budget. A major program to train young people in math and science would be carried out that would aim to produce enough doctors and scientists to greatly reduce the need to import people in these professions. Private central banking would be replaced with a public central banking system. Because blacks will be affected most by the loss of affirmative action and quotas, a reparations payment would be paid out.  Let’s say $250,000 tax-free, per slave descended black. But afterward Whites would no longer be “chained” to blacks as we are now in the current anti-White system.  This payment would be the necessary capital for blacks to start a new era in their history.

This plan I laid out is a viable way America can survive and thrive in the long term, but the most important part is the freedom of association aspect. This plan allows everyone to be happy, except the people who run the current system. These people are the globalist elite (2) who set up the current system to wipe out Whites in the West, while using the resources of the U.S. to militarily dominate the globe. I am not optimistic that my plan for saving America will be implemented, but I felt it my duty to put in the aether anyway. This way nobody can say that no one had any better ideas. It’s a shame really, America was a great idea. The founders broke away from the aristocracy and bankers of London and created a place where a person could come and start a new life away from the oppressive class systems of Europe. Unfortunately, these interests from London made their way back into the U.S. by the mid 1800’s and have made America their Gollum-esque tool for global domination ever since. Because of the endless desire for power and maniacal fanaticism of the Anglo-American-Judeo-Illuminati-Globalist elites (3), America will most likely end up in the dustbin of history.  But let no one say that I didn’t try to provide a possible solution. Bye America. Bye.

Posted in America, anti-Whites, banksters, cycles, diversity is strength, endgame, Globalists and tagged government shutdown 2013, So you want to save America? | Leave a comment