Archive for the tag “enemy” 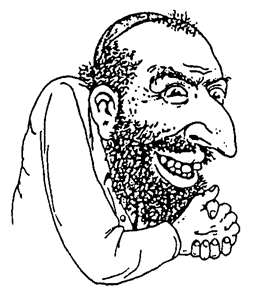 While Snout Smack is tame compared to many political websites, it still deals with intense subject matter.

Race, war, global elites, religion, extra-terrestrial life, are intense subjects that increase the fear response in others (especially people who don’t think for themselves very well).   While I have the solace of knowing that I don’t advocate violence (see “non-Violence” page at top of blog), I am officially “toning down my rhetoric” in recognition to the increasingly challenging times ahead for those on earth.

The world is probably headed for WWIII right now? Police state measures are increasing.  Racially polarizing politics are intensifying. Unemployment is not decreasing.  Globalist elites are under more pressure.  People are on edge.

For example, I wrote an article on the anti-White activist Tim Wise called “Neanderthal Tim Wise Asserts that Whites are ill-suited for economic hardship.” (1)  I do believe that the individual in question is a destructive genocidal animal.  But the problem with the article is that it contains a bit of meanness in which I almost label the whole Jewish human group as animals (or as being less human than whatever level human-ness I perceive myself as).  There are a few other articles or parts of articles on this site that have this quality and even a bit of recklessness in them(most of these were written in the earlier days of SS).

I feel the earth is headed for a stressful time.  Snout Smack will be careful to not inject any more unnecessary stress and/or negative vibrations into the medium. I will continue to write provocative, mysterious, and educational articles, but will give an honnest effort at being more positive and will even attempt to find  common ground with groups that are sometimes framed as being the “opposition.”

I encourage other pro-White or “White Nationalist” websites or media outlets (and those who comment on these sites) to think a little harder on how you can tone down the overly mean-spirited or overly judgmental writings.  The people we should judge are those who advocate and carry out the system of White genocide (see page above labeled “Program for White genocide”) and who work to enslave humanity into a “New World Order.”  One should not make unnecessary enemies out of whole groups of people who might under most circumstances find common cause with us.

Blacks are not the enemy.

Jews are not the enemy.

Leftists are not the enemy.

Freemasons are not the enemy.

Muslims are not the enemy.

Homosexuals are not the enemy.

Illegal Immigrants are not the enemy.

Kosher-Christians are not the enemy.

International Financiers are not the enemy.

Interdimensional reptilian beings are not the enemy.

The only people who could be considered an enemy are the anti-White, globalist elites (or those who advocate for and carry out White genocide and the New Wold Order).  But even this is an illusion.

The fact is, fear is the only enemy we need overcome.  Overcome this enemy (the oldest enemy) and all other obstacles will seem easy to surmount.