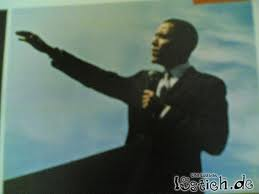 Snout Smack is announcing its endorsement for Barrack Hussein Obama for President of the United States in the 2012 election. Snout Smack feels that White people and the world overall will be better off with an Obama reelection.

First, when it comes to the issue of White genocide (1), both candidates are exactly the same. They both remain silent on the program of forced integration and forced assimilation of non-Whites into every White country and ONLY White countries.  In fact, Romney is much worse on this subject.  Because Romney is a White Republican, Middle America is less vigilant in watching his actions.   Middle America goes into an even deeper sleep (yes this is possible) when they see a White Republican in office. It’s also much easier for a White Republican to implement police state measures than it is for Obama. When a White Republican does it, Middle America claims it’s necessary to get them “mooslims.”  But when Obama does it, Middle America will shriek about a “socialist takeover.”  George W. Bush is responsible for the largest increase in police state measures in American history. Having a “black face” as the face of these issues just makes it easier for the masses.

Next, it’s more difficult for the globalist elite to start a war with Obama in office.  Obama is supposed to be a liberal, anti-war type of guy.  If he starts a war in Iran this will cause major distress in the minds of Democratic voters and lead to increased losses of faith in the political system.  After the Jews left the Obama administration in large numbers, most of Obama’s foreign policy team is against war with Iran. The Zionist, Jewish faction of the globalist elites is especially distressed about an Obama reelection. They know Romney is a lock for war against Iran, but Obama may require a false flag event to bring the US to war. False flag events are risky, as the Jews found out in the attack of the US liberty.

Last, an Obama Presidency will help American Whites realize that demography is not in their favor.  The best thing that could happen in the upcoming election would be an Obama victory with an even more racially polarized vote.  This will help American Whites realize that they are now a minority and with this realization, result in them starting to act like minorities.  In other words, Whites need to start thinking and acting like everyone else (blacks, Hispanics, Jews, Asians, etc.) and start pursuing their group interests.   Because electoral politics will become more pointless, Whites will become more open to other forms of politics. Pro-Whites have a great opportunity to get Whites on a consistent message, as found a Bob’s Underground Seminar (2).